Ghost of the Gorgon

My 4 year old son watched Clash of the Titans for the first time a few weeks ago and was unnaturally fascinated by the scene with the gorgon. So fascinated in fact was he that he’s been walking around simply saying the word “gorgon” over and over to the point where if I hear it again I’ll surely turn to stone. Which brings me to today’s beautifully illustrated post from John Bell... the flimsy story doesn't really go anywhere but damn it sure looks nice. 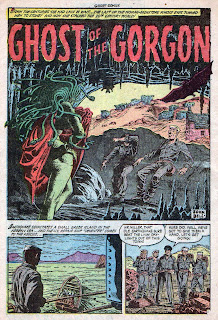 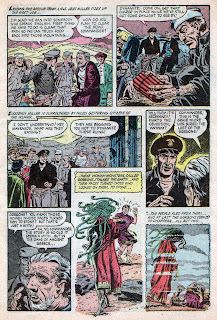 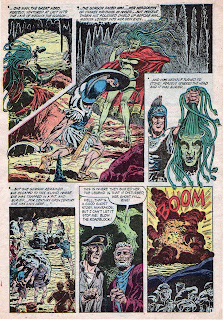 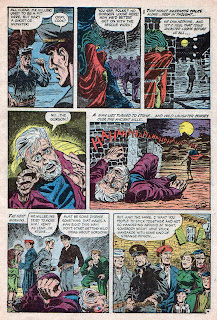 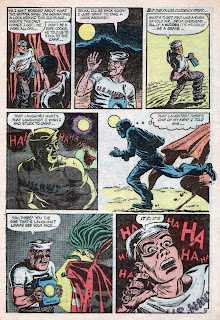 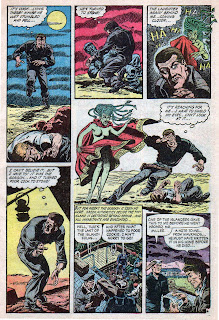 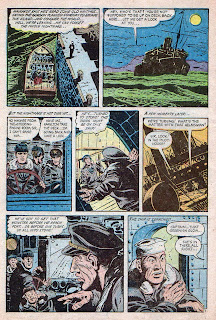 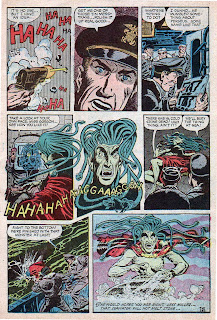 Fantastic art indeed! The thin storyline is completely acceptable too if you put it all in the same context as the b-movies that were being made around the same time.

So what else has John Bell done besides the two entries on GCD?

hi! this comic strip is really beautiful. I still thank you for the publicity that do to my blog! thanks I befriend! you can now find "the I murder of grandmothers", I hope that like you! thanks still friend. hi

>So what else has John Bell done besides the two entries on GCD?

Very good question, I too would love to see mroe of his work. Mr Door Tree? Pappy? Anybody know?

>So what else has John Bell done
> besides the two entries on GCD?

Actually, there are about 2 dozen entries for him in GCD. Look under Johnny Bell or John Belcastro (I believe the latter was his real name - John Bell and Johnny Bell were pen names).

My pre-code horror database credits him with about half a dozen or so stories for Fiction House and one for Comic Media.

Thanks AAG! Here's the link for John Belcastro:
http://comics.org/search.lasso?type=inker&query=John+Belcastro&sort=alpha

Fantastic art!and the story and dialogue wasn't so bad,Lt. Miller was realistically bossy.my only thing with the story is that the Gorgon is so ugly,but poses sooo provocatively.

Yeah, what the pariah said!

That first panel is a real "grabber".

Love that title page! Gorgon Got Back! ;)

Now if she could only do something with that unmanageable hair!

thanks...chasing stories not seen since having english black and white reprints of them in 1950's-1960's...this was one of them

Jack Belcastro was my Gramp. A great man we all truly miss. Thank you for remembering him and the nice comments

Cool, if you have any stories of your grandpa you'd like to share with us, we'd all love to hear them-- thanks for writing!

Jack Belcastro was my grandfather too and I was named after him! I never met him before his death since my dad moved to Australia before I was born which is where I've lived my whole life while my grandfather stayed in the US, and I've also not seen much of his work either which is why I'm so thankful for this comic to have been uploaded, thanks so much!! If you know of any of his other works that are available too I'd love to see them to get a fuller sense of what an artist he was

There are a quite a few stories posted here by him, Jack, use the artist tags on the sidebar for John Belcastro, as well as John Bell which was another name he created many of these wonderful stories under. Thanks so much for writing! :)