The Day of the Vampire

Bill Benulis kicks off a couple days worth of Atlas posts starting with this tale about love, devotion, and evil blood suckin’, from the June 1954 issue of Spellbound #23 (filling a request for Carl in CA.) FYI: I have more Spellbound lined up for tomorrow, plus some Suspense and Uncanny Tales on the way this weekend too.

And tomorrow we may even pull a double header, not just because it’s Friday but to also honour our great friend Pappy and to wish him a speedy, healthy recovery. Get well chum! 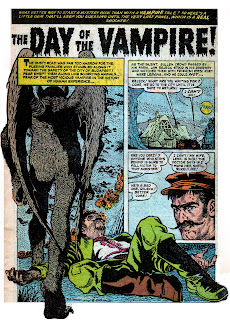 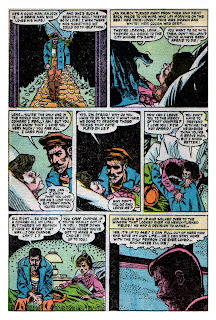 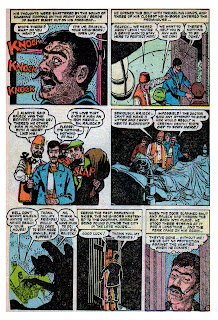 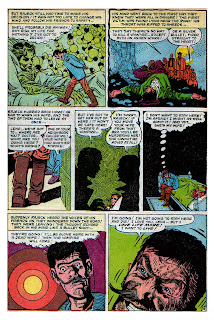 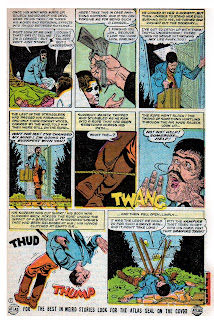 American Scary is a look at the nation's tradition of horror hosting, from Zacherley to A. Ghastlee Ghoul. Hosts of all kinds were once a staple of television, and especially local television productions. But as production demands and the availability of cheaper syndicated material changed the local TV business model, local hosts were also one of the first things to go, no matter how popular they were with the viewing public.


With interviews and footage from major hosts from the 1950s to the present day, such as Zacherley, Vampira, Ghoulardi and others, along with memories from celebrities and fans who were influenced by these hosts, you'll follow this American folk art form from its glamorous beginnings, through repeated waves of popularity in the 1960s and 1970s, to its scrappy resurgence and survival in the current age of cable access and the Internet.


American Scary looks to remind people how much fun local TV could be - and maybe could be again. For more info click HERE.
Posted by Mr. Karswell at Thursday, February 12, 2009

Well, they might have TOLD him they'd laid a vampire trap. What was it supposed to be, a SURPRISE?

But then we wouldn't have had that great ending, would we?

Well, Kars, with this post you definitely qualify for the Nekromantic Award. (I just made that up.) But who would think of putting up a tale about a husband abandoning his sick wife to a hairy-ass, throat-rippin' vampire as part of your VALENTINE'S DAY celebration? I'd be hard pressed to find a more perverse commentary on LOVE.

And my best wishes to Pappy, as well. Your posts, your wit and your voluminous knowledge have given much pleasure. Come back quick!

Wow, we never found out who the vampire was. Anyhow, I am somewhat skeptical someone with that thick a unibrow would be at risk from any vampire. Bet you he woke up eventually, hungry.

Hey, interesting story with an unexpected twist. And some great false clues. I really thought his wife was a vampire, and the mysterious "doctor" the master vamp. *g Still, dialogue and art were great, basically just talking heads, done exactly right. I guess the kids back then would have hated it :-)

Of course this must be the most moronic trap ever - don´t tell him his entrance is bobby-trapped :-) He is a farmer, for god´s sake, doesn´t he have to care for his live-Stock or something? Lol!

Wonderful tale. It would've gone well with the Hitchcock theme you had going on last week. Like those stories, it too was more about suspense and emotions than blood and gore. I particularly liked how it wasn't really about the bloodsucker at all, but rather about his 'food.' The art was great as well. Was it just me or did it remind anyone else of the Jugendstil?

Really nice artwork on this one- great use of hatching and very detailed. I was convinced that his wife was the vampire too, so a bit surprised at the grim ending. Nobody meets a pleasant end in these horror comics!!

THIS ONE REALLY SURPRISED ME AND LOVED THE ART TOO, NEVER HEARD OF THIS BENULIS GUY..........VERY MODERN.

THANKS FOR THE AMERICAN SCARY DVD NEWS TOO, BEEN WAITING FOR THIS FOR YEARS!!

Atlas comes back with a bang!. I agree with all that's been said, this is some top-notch writing for the period and really had me guessing. Pappy has my sincerest get well wishes even though i don't comment much on his blog, i DO read it. I also am about to take a bit of a medical risk myself, tommorow, Horror pariah gets root canal on Friday the 13th!. My insurance is ready in case anything goes wrong, or if Wilbur Force tires the dentist out beforehand...

"Nobody meets a pleasant end in these horror comics!!"

Well, there was the woman being eaten by the living wall. But the fact she is the only one I can think of proves your point.

Hey gang, having trouble uploading the new posts, blogger is acting all cocky with internal errors. But thanks for the comments today, I hope everyone is having a nice healthy week, me on the other hand--- SICK as hell. I got the bug that's going around so just typing this is killing me.

get well pappy and karswell!! thanks for all your efforts and awesome postings

What kind of hungarian are you, Rajeck?. You never heard any hungarian vampire legend?. Just don't go out at night, man, and you'll be fine... Just put crosses and garlic flowers all over your place... Besides (the MOST important point here), a vampire CAN NOT enter into your house unless you ask him in... You and your wife will be safe inside. Don't you know that?. Sheesh...