We're kicking off May with a slight change of pace, a very condensed, though no less beautifully illustrated (by Esteban Maroto) version of Nikolai Golgo's supernatural folklore classic from the Ukraine, The Viy. Appearing in the November 1972 issue of Dracula Volume 5 #1 from New English Library, it's a terrifying tale originally about a priest who kills a witch and is then forced to watch and pray over her body for 3 consecutive nights in a haunted chapel. Of course each night gets more and more intense as she simply will not stay dead. If you've ever seen the tremendous Russian horror film version from 1967 --full of flying coffins and an army of demonic creatures literally crawling out of the woodwork-- then you already know why Mr. Karswell is posting this. And if for some reason you haven't seen the film yet, it is currently available on Shudder as The Viy. But for now, let this shortened / altered version whet your freaky fanged whistles... 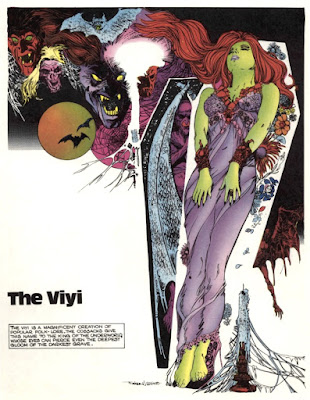 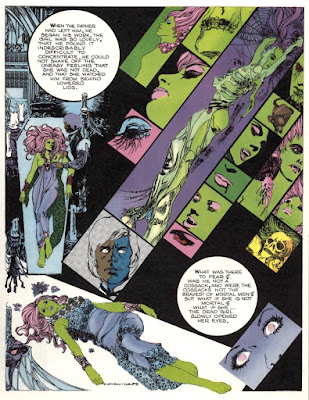 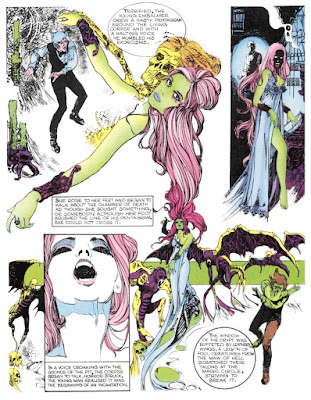 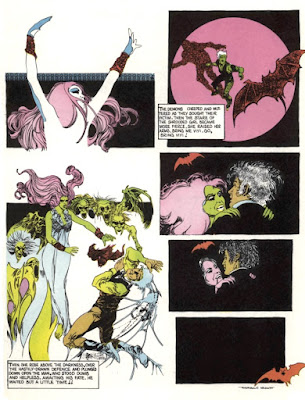 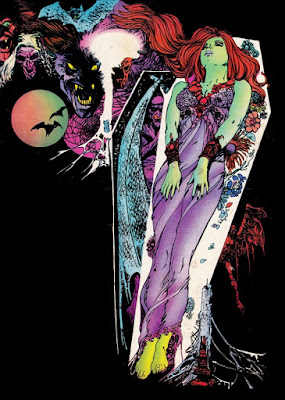 Still have this book... pages came un-glued shortly after getting it back in 81'

Always remember him from all the work in the Warren mags. As always, absolutely gorgeous work. The architecture of the first panel, page 2 is incredible, and the clever film spool type of work on page 3 is also nice.

Beautiful artwork indeed, but difficult to get the gist of the story due to it being so abbreviated. Obviously this is only one particular part of the story and the actual tale is much longer.

I really like the way this was colored, and I think the art is ornamental and interesting in a deco kind of a way. I do think it would work beautifully as illustrations to text. Here, as supposedly sequential storytelling, it's a little like trying to read a kaleidoscope. My overall sense is that the words just appear to provide some nuance of narrative veneer to what is, ultimately, just a gallery of thematically-related artwork. I can live with that, I can even love it, but I wouldn't call it comics.

This is amazing! Thanks for sharing.

It certainly doesn't get much sexier, for sure! Thanks for the comments, we'll head back to the golden age for a while... see ya in a few!