Lords of the Upper Air

Backpedaling a bit to  Ghost Comics #11 (1954) for another story from the dark beyond. I was initially saving this gem for the colder, more wintery months ahead of us, but THOIA reader Ben Dickow wrote in today looking for "any pre-code comic book stories that feature a yeti or big foot monster or big ape" --so who am I to disappoint? Hope this was what you're looking for Ben! 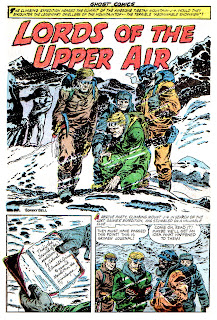 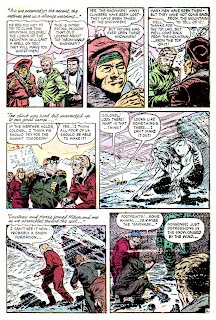 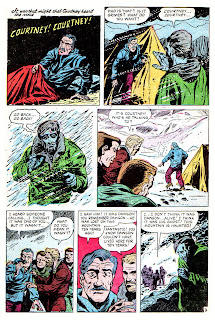 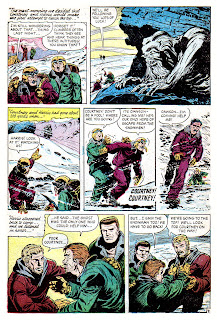 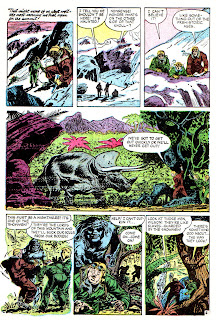 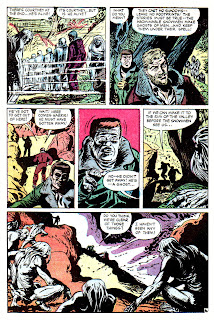 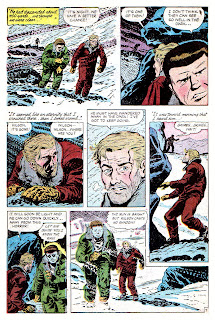 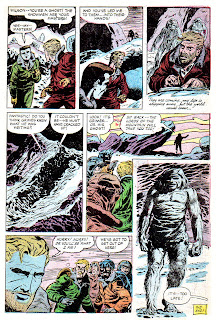 FYI: Ben Dickow has a theater company in LA that performs pre-code comic book stories in the spirit of old radio shows. If you live in or near Los Angeles check www.capturedauralphantasy.com for more info about their upcoming "Halloween Gallery of Horrors" October 29th and 30th! Looks like a blast! 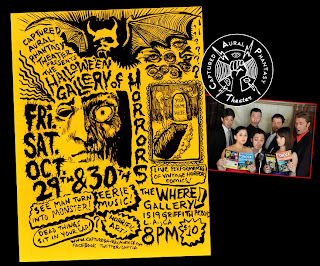 Fantastic. A leader without compassion. Ghosts controlled by yetis. A hidden land populated by dinosaurs. And all in 8-pages.

this one did have an epic feel to it!

This was one of the scariest comic stories I've ever read. Lord, those blue zombie ghosts, and what a great, great Yeti!

Ben Dickow and his theater company have a megacool idea. Man, I wish I could attend!

The whole idea of yetis farming the ghosts of dead extreme winter sportsmen is so delirious that I can't help but approve. That frozen Dr. Benton Quest zombie at the bottom corner of the last page is just icing on the cake.

I AGREE WITH EVERYONE, THIS IS ONE OF THE COOLEST STORYS YOU HAVE POSTED! WOW!!!

Now, that's what I call a chiller! ;) The story kind of lost me when the climbing party encountered the dinosaurs, but other than that I completely agree with Mykal – this was actually a genuinely creepy comic! The artist (does anyone know his name, BTW?) did a terrific job here in building up a sense of dread and impending, inescapable doom. I love how the snowmen didn't do much besides looming ominously in the distance like death omens. I can't thank you enough for posting this little masterpiece, Karswell.

I agree, Roz & Prof. This one really packs it all in-- epically!

>This was one of the scariest comic stories I've ever read.

Wow, that's really saying something from the guy that runs The Bloody Pulp blog, thans Mykal!

>so delirious that I can't help but approve. That frozen Dr. Benton Quest zombie

Indeed Mr C! This is definitely one of the more inspired pre-code offerings I've ever posted... glad you dug it!

>THIS IS ONE OF THE COOLEST STORYS YOU HAVE POSTED!

>The artist (does anyone know his name, BTW?)

His name is written at the bottom of the splash--- Johnny Bell!

While i have to agree with everybody that this was an incredibly strange and fevered storyline, a part of me (a small part) is a little disappointed.

You see, when I saw the title "Lords of the Upper Air" I was kinda hoping the ASM would end up flying some kind of Victorian looking, soul fueled flaptraptions built from human bones!

Could you get started on this one right away, John? Now that I've heard about it, I really, really want to see it.

"His name is written at the bottom of the splash--- Johnny Bell!"
Ah, thanks. I totally didn't see that.

>hoping the ASM would end up flying some kind of Victorian looking, soul fueled flaptraptions built from human bones!

Tripping back to the bowels of Weird Mysteries Hell for a couple more-- next!