Back in February 2008 I posted a pre-code Dr. Drew tale called "The Strange Case of the Absent Floor" by Jerry Grandenetti, so how about another of his creepy case files as featured in Ghost Comics #11 (1954.) And as with anything he illustrated in this full-on "Eisner mode" style, today's tale contains some seriously clever, panel bustin' artistic touches that really makes it stand visually miles above the other stories appearing in this issue. 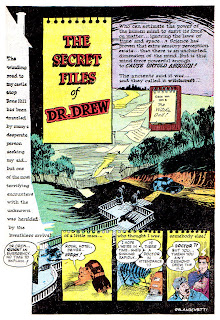 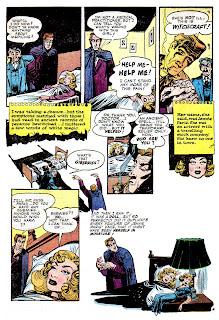 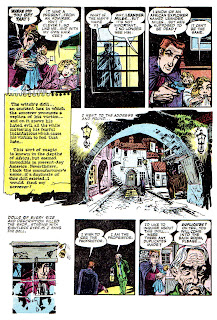 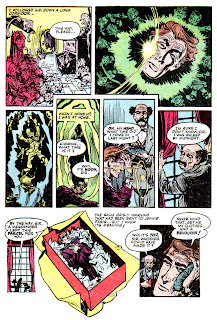 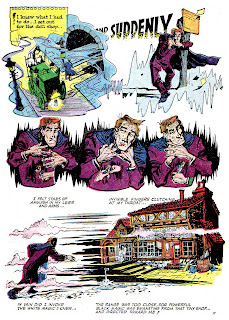 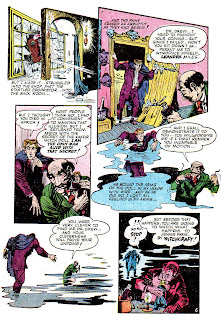 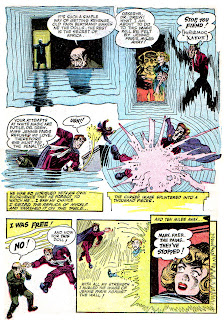 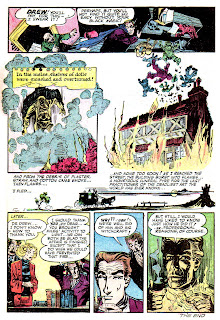 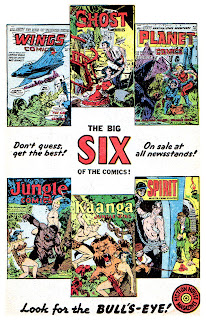 Karswell: Wow, you weren't kidding about the "Eisner mode" were you? Momma, Grandenetti must be doing a near-homage here conciously. What great work. He must have been an Eisner assistant? Perhaps one of the arrists, like Cole, who took over for the master during the war?

I have always loved Grandenetti's war comics stuff, but not much from your beloved genre. Thanks for posting!

PAGE 5 IS JUST TOTALLY AMAZING. HELL ALL OF IT IS. THIS IS KILLER STUFF.I NEED TO CHECK OUT THAT OTHER DR DREW POST AGAIN NOW

He did indeed work for Eisner. Starting in 1946, he assisted on "The Spirit" along with Jules Fieffer. More info found here:

it's a Grandenetti kind of week, i guess! this was awesome, i knew he worked for Eisner but i hadn't seen any examples of it. one question- how come destroying the dolls didn't destroy the victims?...

Man, Grandenetti pretty much WAS Eisner on the classic Spirits of the late 40s/early 50s. But Eisner's ego was so big he could never give his "assistants" their due, even decades later.

Funny story: I went to a convention in the late 70s where Steranko was GoH -- when asked a question about Eisner's influence, he replied "What did he ever draw?" See, Steranko was such a fan (and disciple) of Eisner that he reprinted an entire Spirit story in his HISTORY OF COMICS -- then was embarassed/appalled/disgusted to discover that it was entirely the uncredited work of Jerry Grandenetti. I don't know if Steranko ever made peace with Eisner again...