If you're a fan of eye injury panels, and ogres with a taste for baby flesh, then today you've come to the right place! This seriously bonkers Bill Madden tale was originally featured in the March 1942 issue of Scoop Comics #3, reprinted a few years later in Spotlight Comics (same publisher), and once more in the 80's by Eclipse Comics. Yes, it's seriously goofy, but man, it's still full of horrific moments that easily rival any of the other more notorious titles of the precode era. 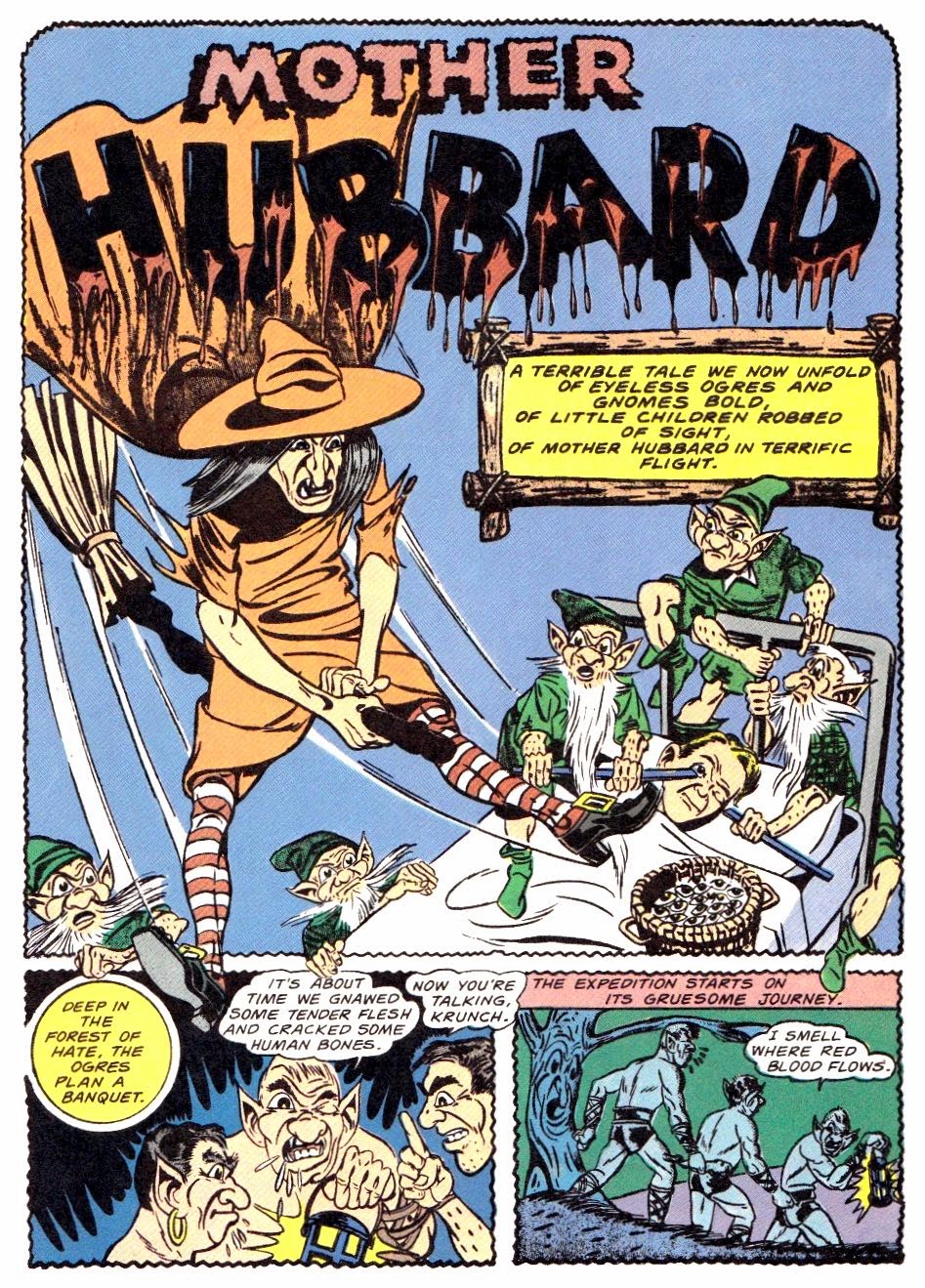 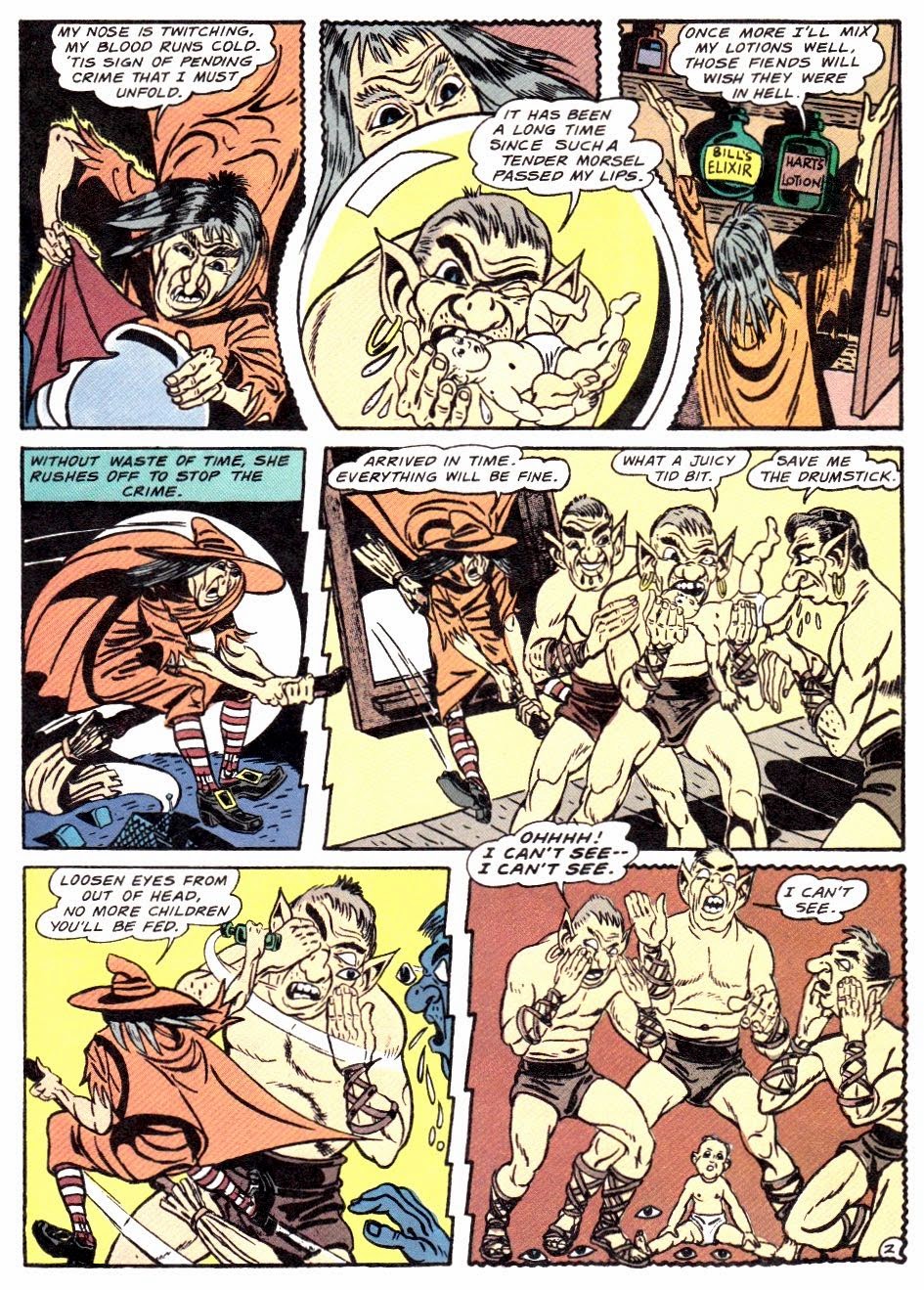 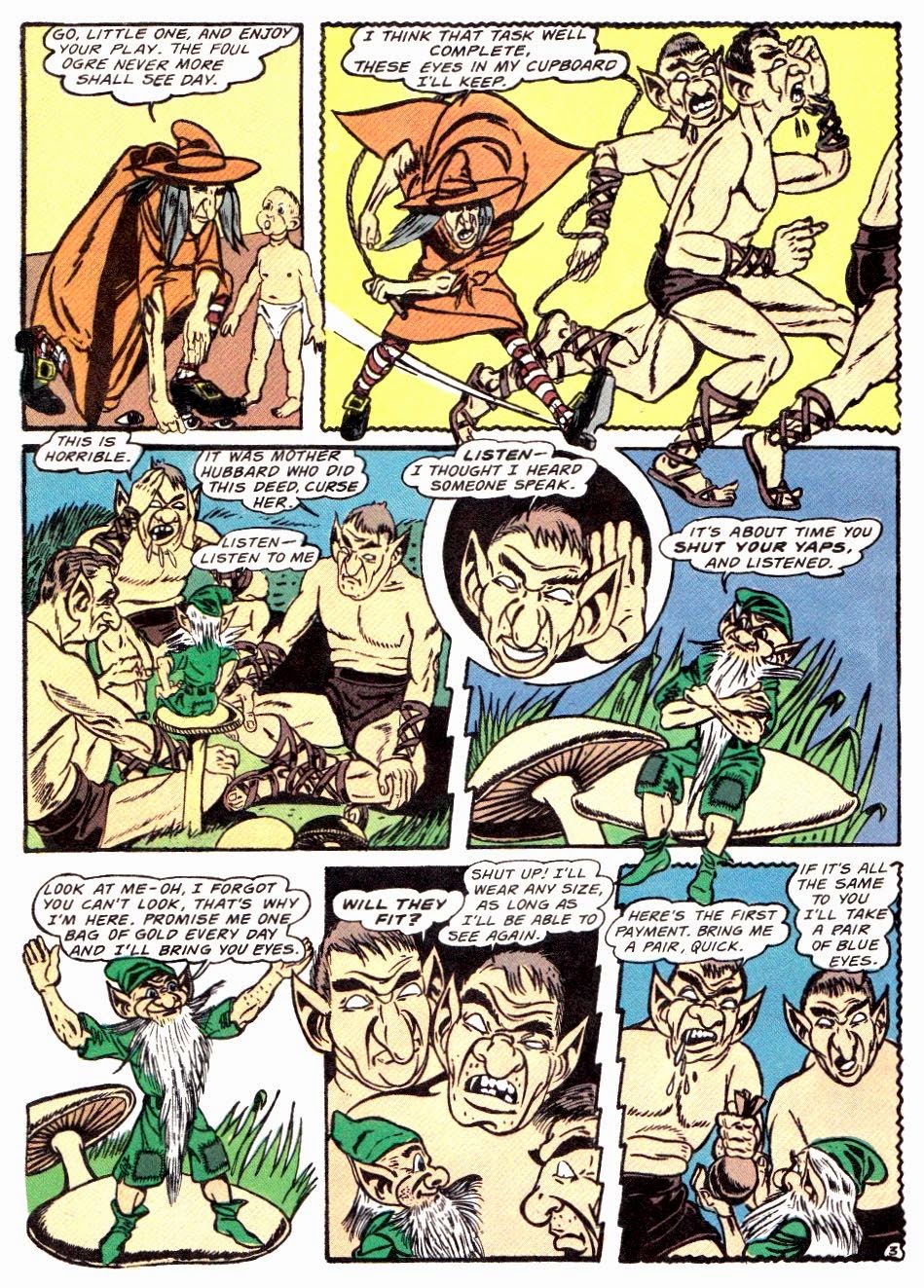 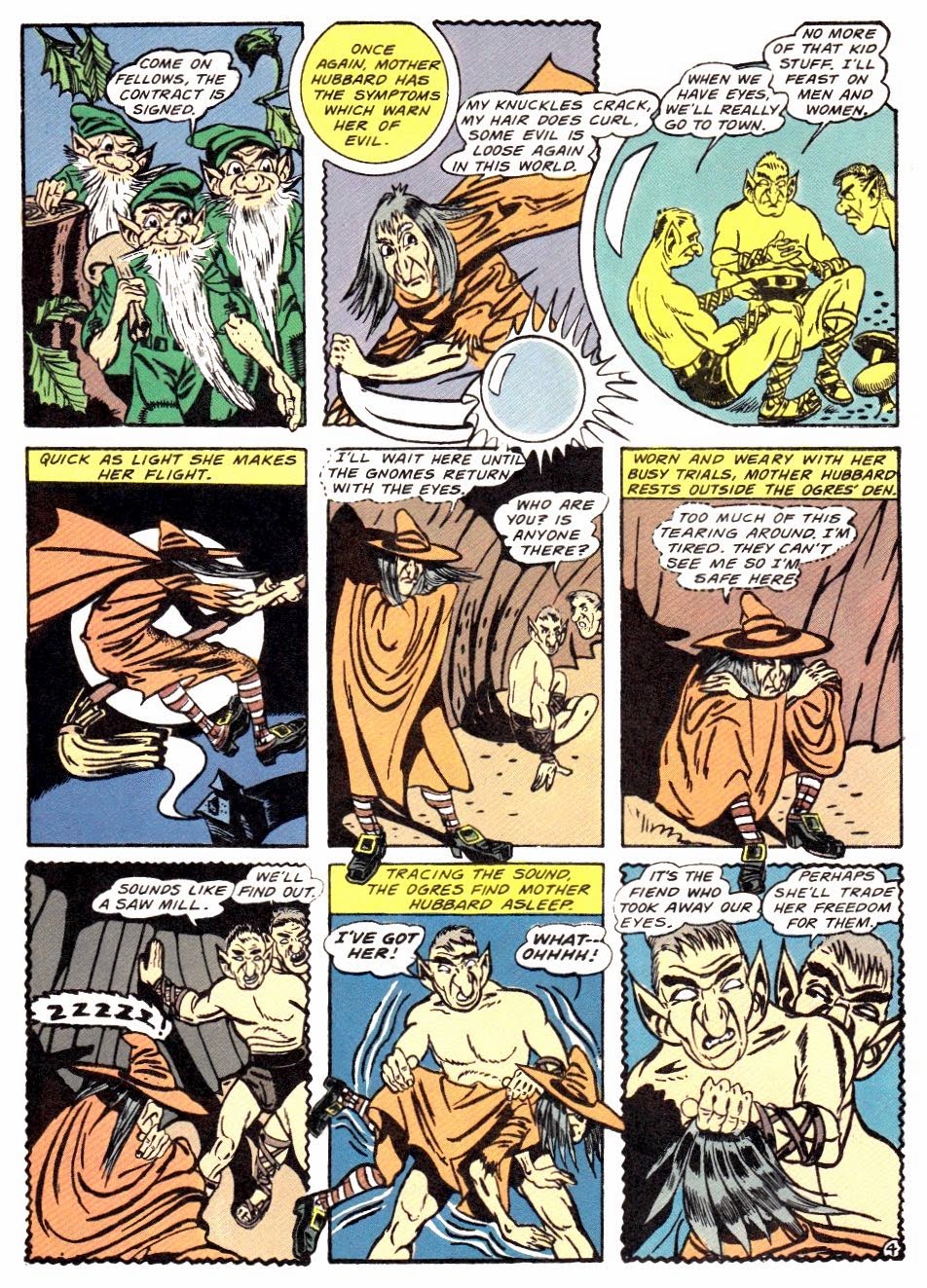 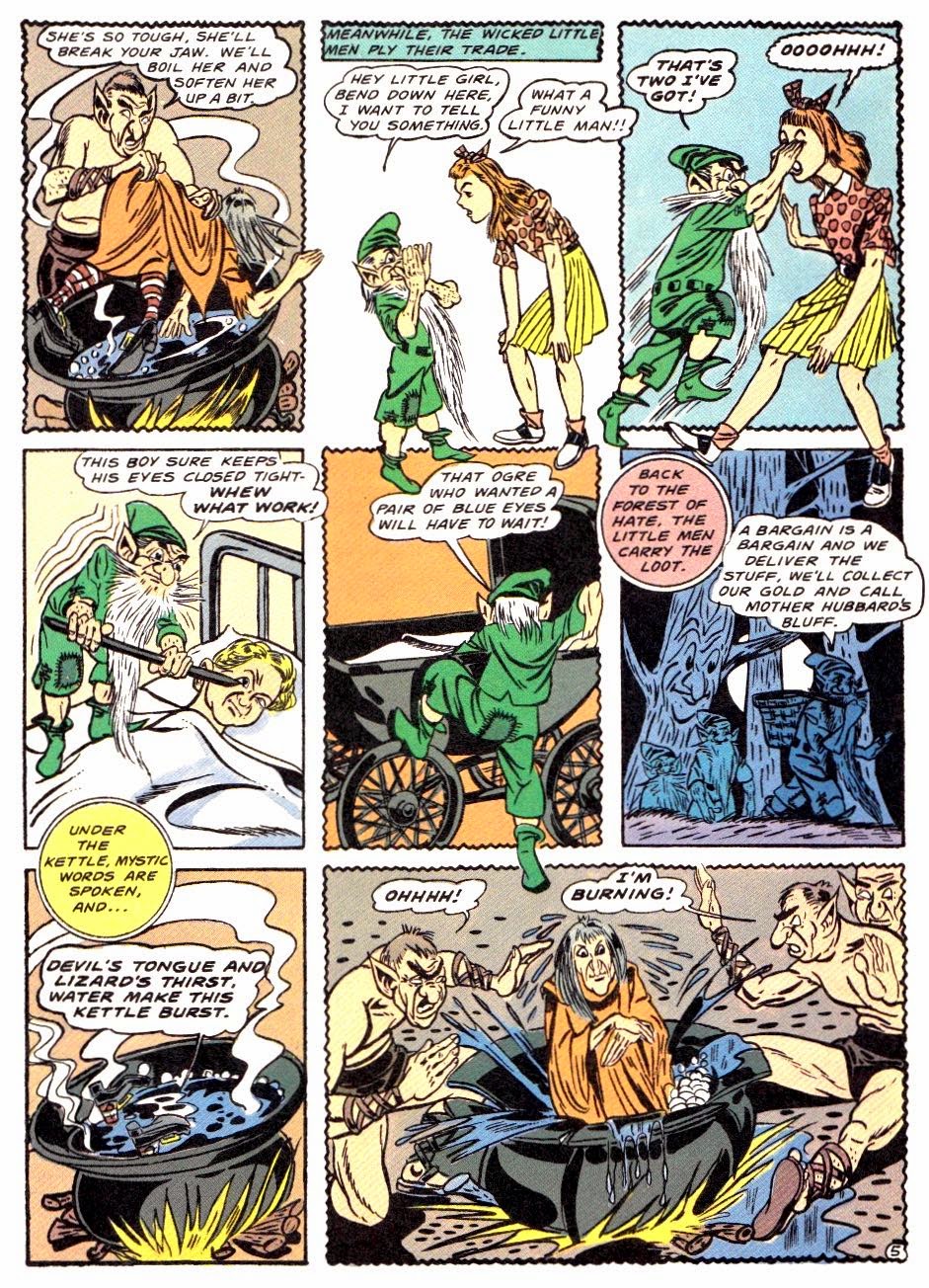 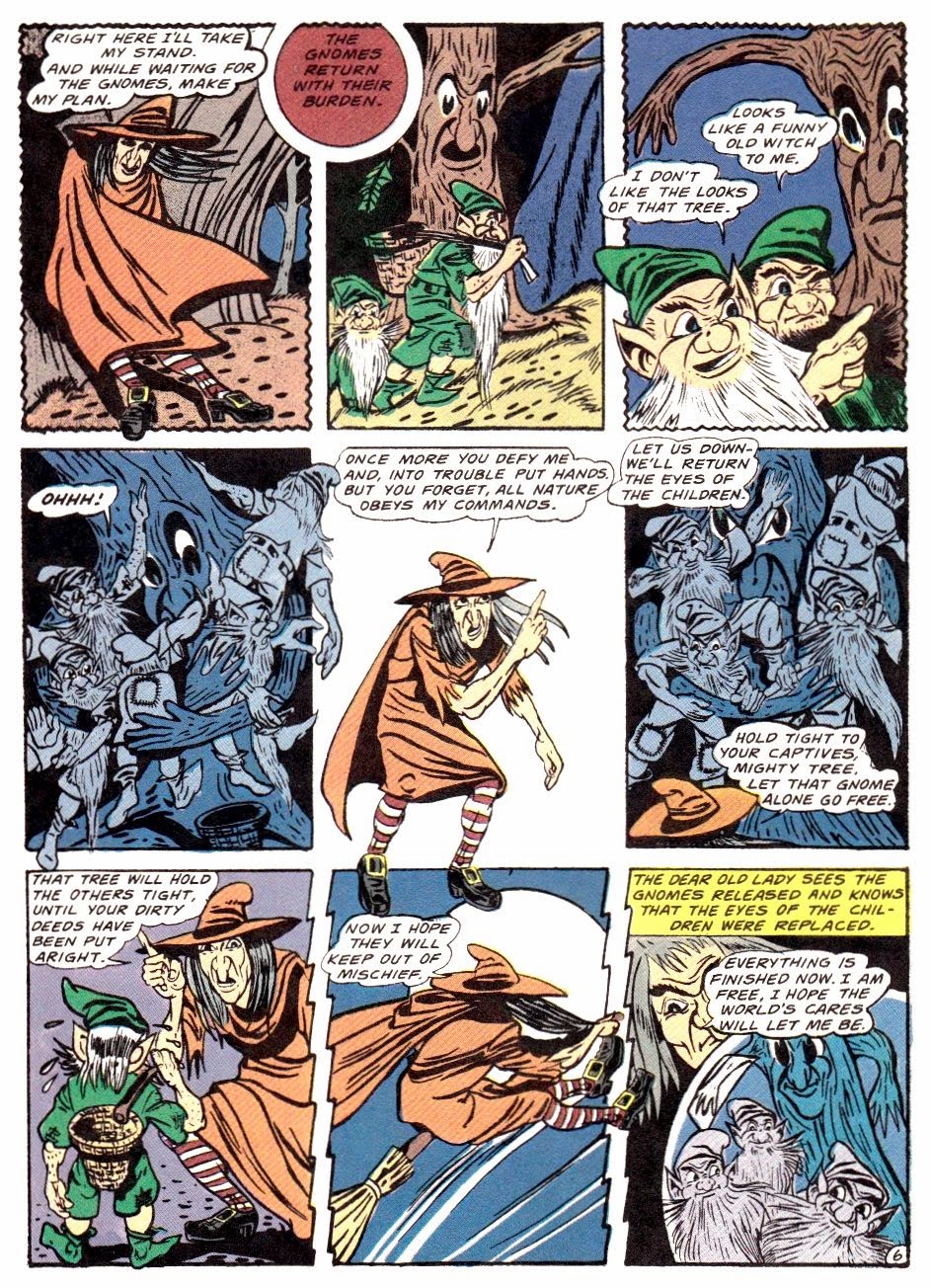 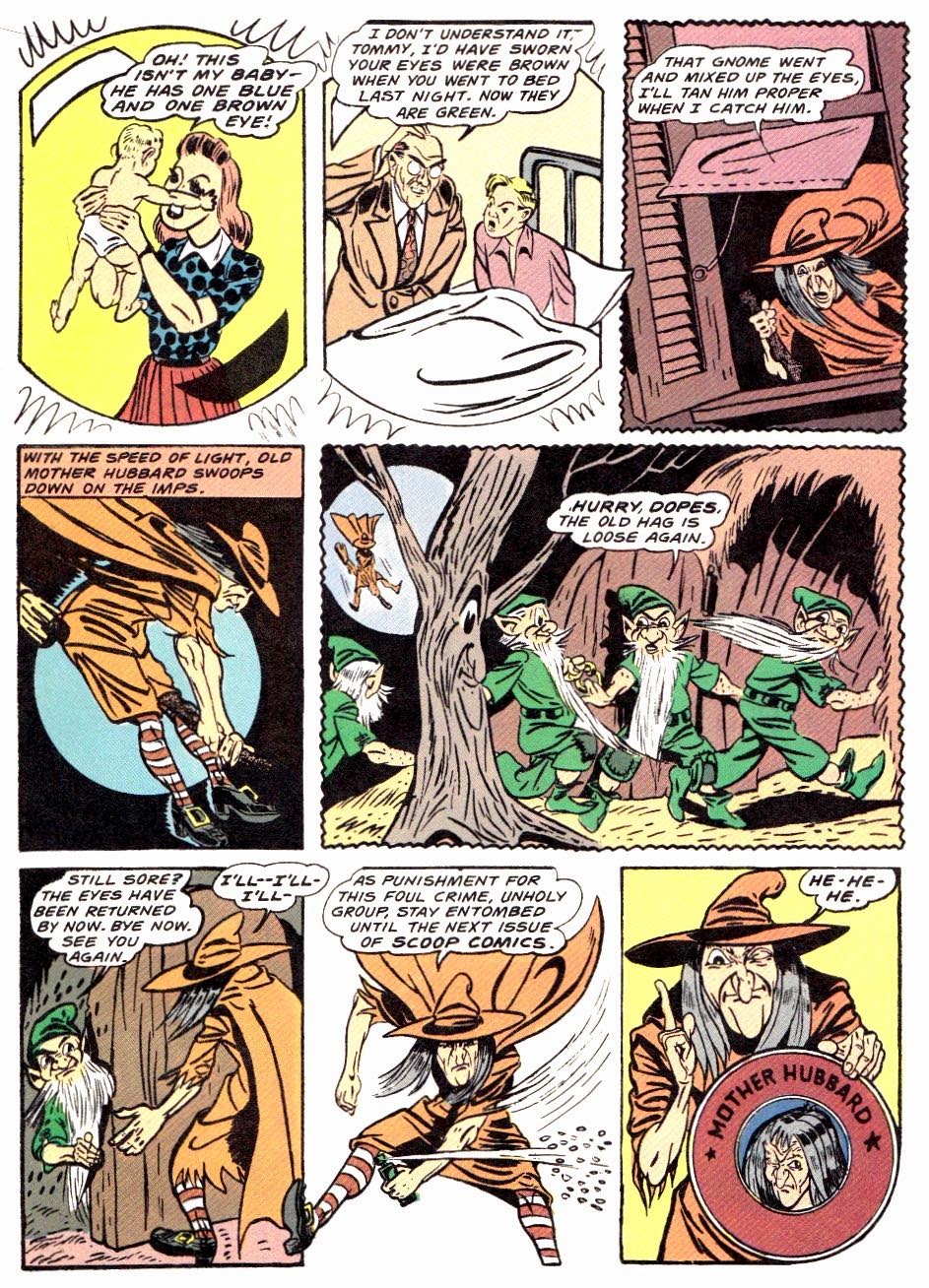 She's lovely. The real Wonder Woman.
I'd like to see her and Etrigan in a poetry slam.

Very stardust-ish, but that was par for the course in 40s comics. We could actually use some of these types of stories in modern comics. Sure, they lack in consistency or logical reasoning, and stuff just happens, but the swamp fever ultimate god-like revenge has it's own type of breezy, fun read.

No wonder the dog can't find a bone, Mother Hubbard is too busy constantly dealing with her spider-sense than shopping!

It might sound awful of me, but after that introduction, I was prepared to see some kids actually get eaten.
Of course, you do see one "this close" to it.

I like the art too. Very strokey and emotional. Everybody has this stringy, windblown quality. And I love the sympathetic shape to those stolen eyes. Screw anatomy; how are kids gonna recognize a bucket full of eyes that look just like marbles? I imagine them all winking on and off like fairy lights.

I get an Iger Shop vibe from the art, but that's just me... thanks for the comments