We interrupt our Beware Terror Tales-A-Thon to bring you this important news flash: Late Monday evening, Mr. Karswell was attacked by an angry swarm of deadly yellow jackets while mowing his backyard. Stung 18 times upon the legs, arms, (and everything in between--ick!), heavy doses of Prednisone and Waldryl (plus a couple Ultrams) were administered. An Epipen was ordered but not needed. Two days later, much progress has been made in the way of recovery, though there is still quite a bit of painful, uh, pain and redness around the ankles where a majority of the stingings occurred. Mr. Karswell hopes to return to the Beware Terror Tales shortly, --in the meantime, here's an encore presentation of the shiver inducing story HIVE! (art by Lee Elias) first posted here at THOIA waaaay back in 2008. From the March 1953 issue of Tomb of Terror #8. 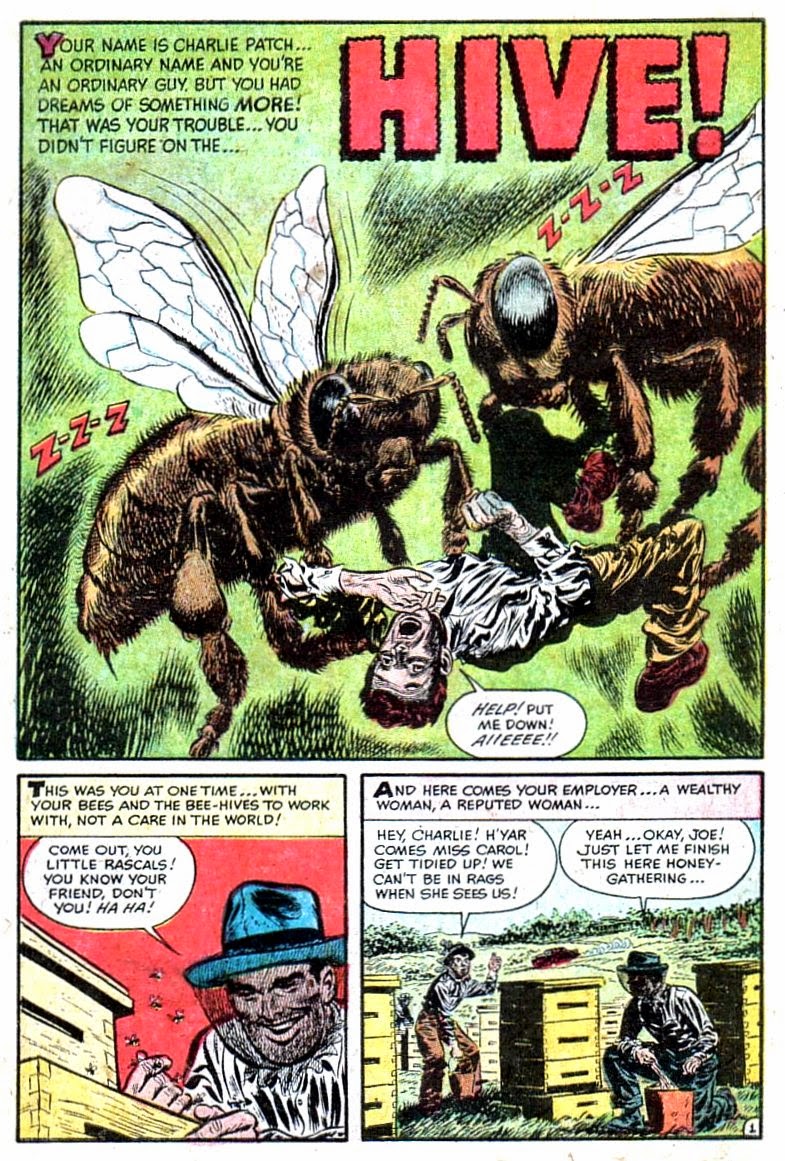 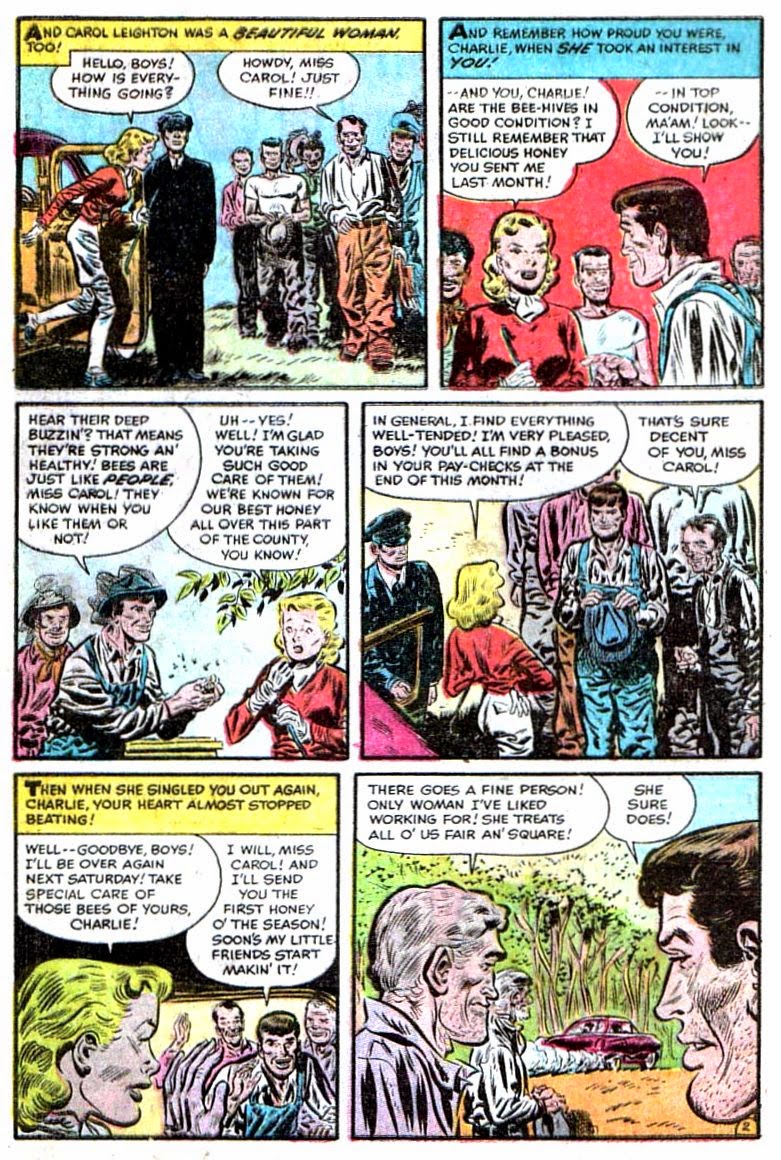 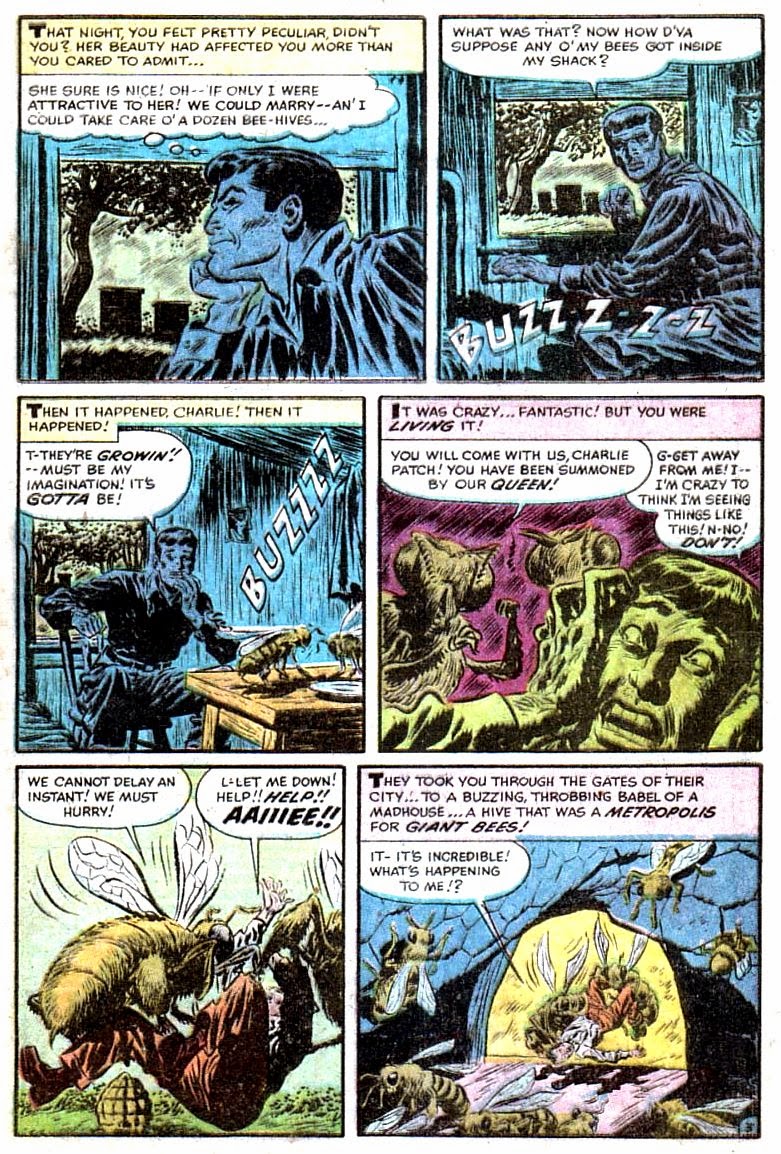 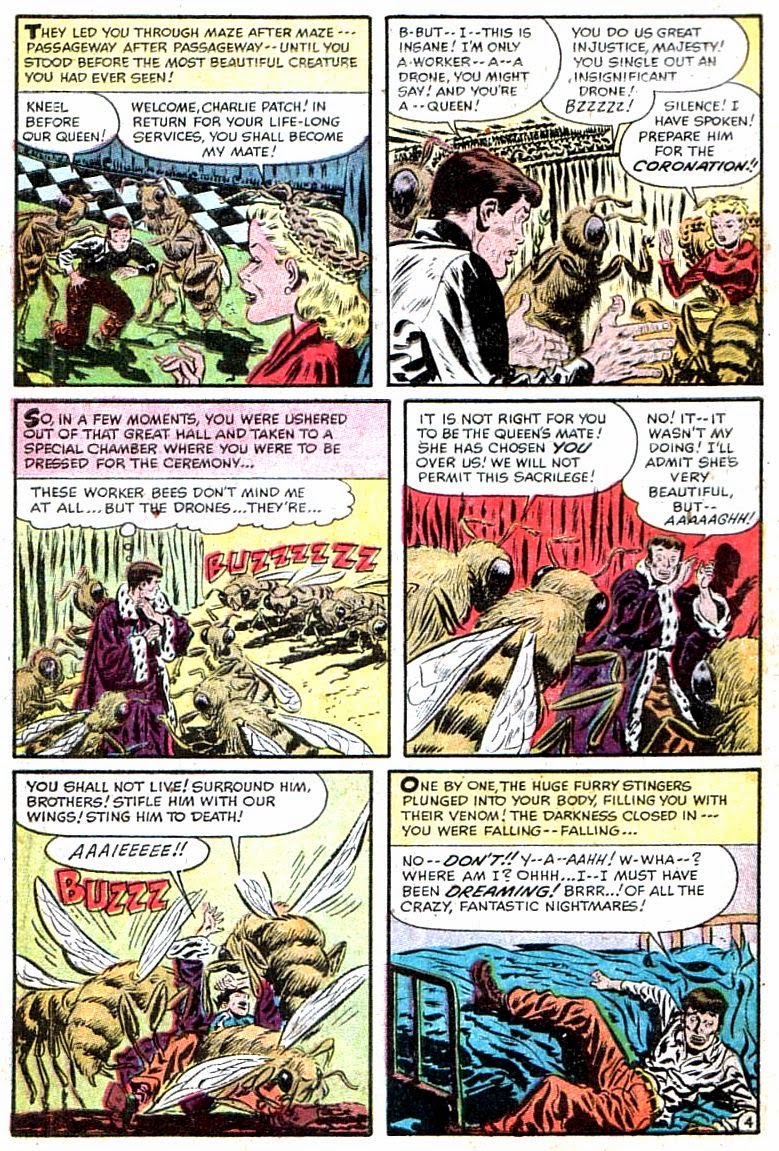 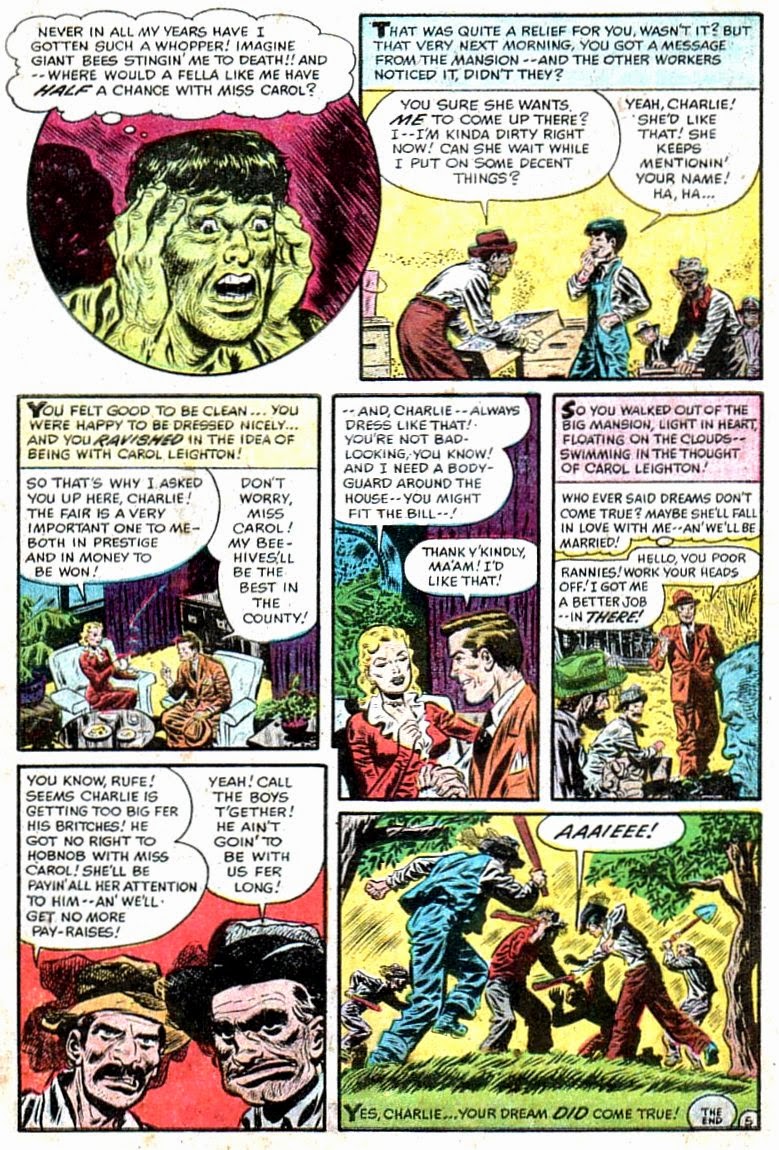 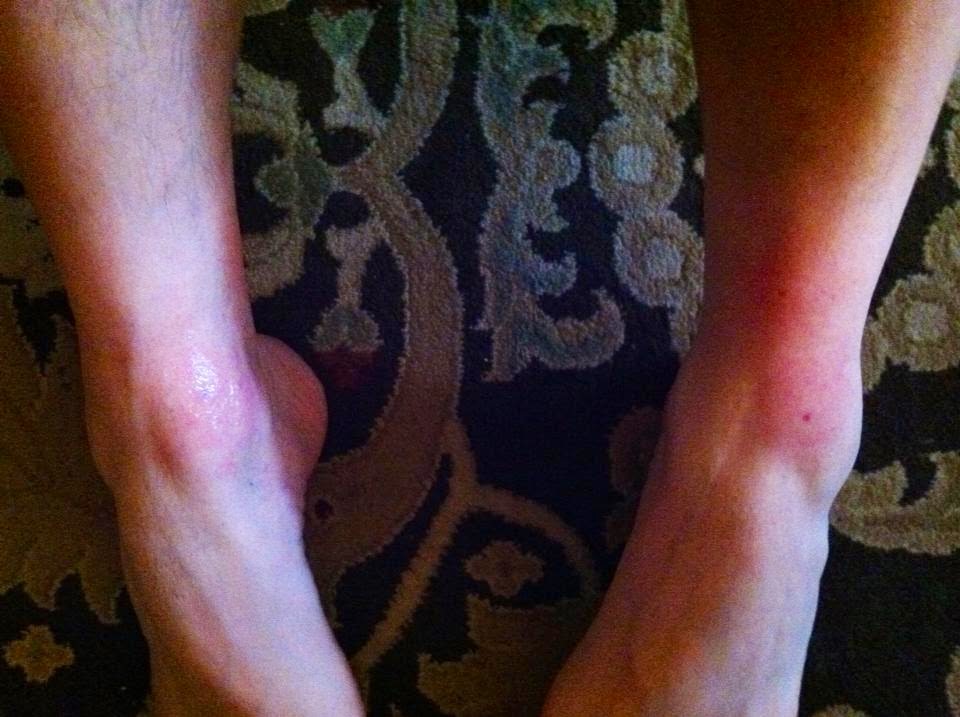 Great story... the Elias one. Your story, not so fun!! That sucks HORRIBLY!!! Heal thy stings, my good sir!

If only you were a nazi scientist, Karswell, things would have gone differently ...

Get the swelling down and you will be fine!
Gas the little monsters. They really are a hoot flying off in flames!

Get well Soon Karsell. Sorry to hear about the bee attack.

"And--where would a fella like me have half a chance with miss Carol?"

Don't worry Charley. Having just half a chance with Miss Carol is nearly the same thing as having a one hundred percent sure thing with just half of her. The other half will be a bee is all. Seriously great story, I definitely love the sort of complex ending, even if I feel kind of like the story kind of rushed to get there before the readers could. I love the Windsor McCay panel at the bottom of four. Looks like Charley go into the rarebit just before bedtime yet again.

Same thing happened to me as a kid. Very nasty to say the least. Those Yellowjackets are a fierce mob. In my case,it was 20 to 30 stings. Best wishes to you Karswell,for a speedy recovery!

Anyone who likes this kind of story should see the OUTER LIMITS episode "ZZZZZ." I won't give it away, but it's nearly the only very tongue-in-cheek episode.

I think almost anyone who reads this story expects Carol to be a literal Queen Bee, who's somehow become human-looking (that's the idea of the Outer Limits story I mentioned - which isn't a spoiler, since you find that out at the start). So the ending surprised me.
The question is, is there ever really so much rivalry among beekeepers that it ends in murder?! (It happens in this story and the movie THE DEADLY BEES, so who knows.)

Thanks everyone-- a new post coming up here shortly

There are many "human queen bee" stories (including a whole lot of non-SF ones where she's only FIGURATIVELY a "queen bee"), but in this one the woman might be pretty innocent of actually killing anyone. She knows she's getting these male employees worked up over her, and she probably knows how her favoring one of them will affect the others, but is she actually setting up the murder at the end? It isn't too clear to me.