Tales of Satanism / The Awful Letter

Pucker up and give us a farewell smooch, as we finish out March with another deadly double feature-- it's two short tales from ACG, both delving into demonic doings; the first story from the July 1952 issue of Forbidden Worlds #7 with art from King Ward, and it's your usual deal with the Devil gone wrong type set up, but contains a nice fat twist! The second icky incubi quickie is from the February 1953 issue of Forbidden Worlds #14 with weird art by Pete Riccia. FYI: I'll be taking a break in April with posting as I have a much larger but equally cool project in the works (news about it coming soon), so never fret, and definitely don't look at it as another awful letter-- it'll just be one more thing to add to your list of "must haves!" 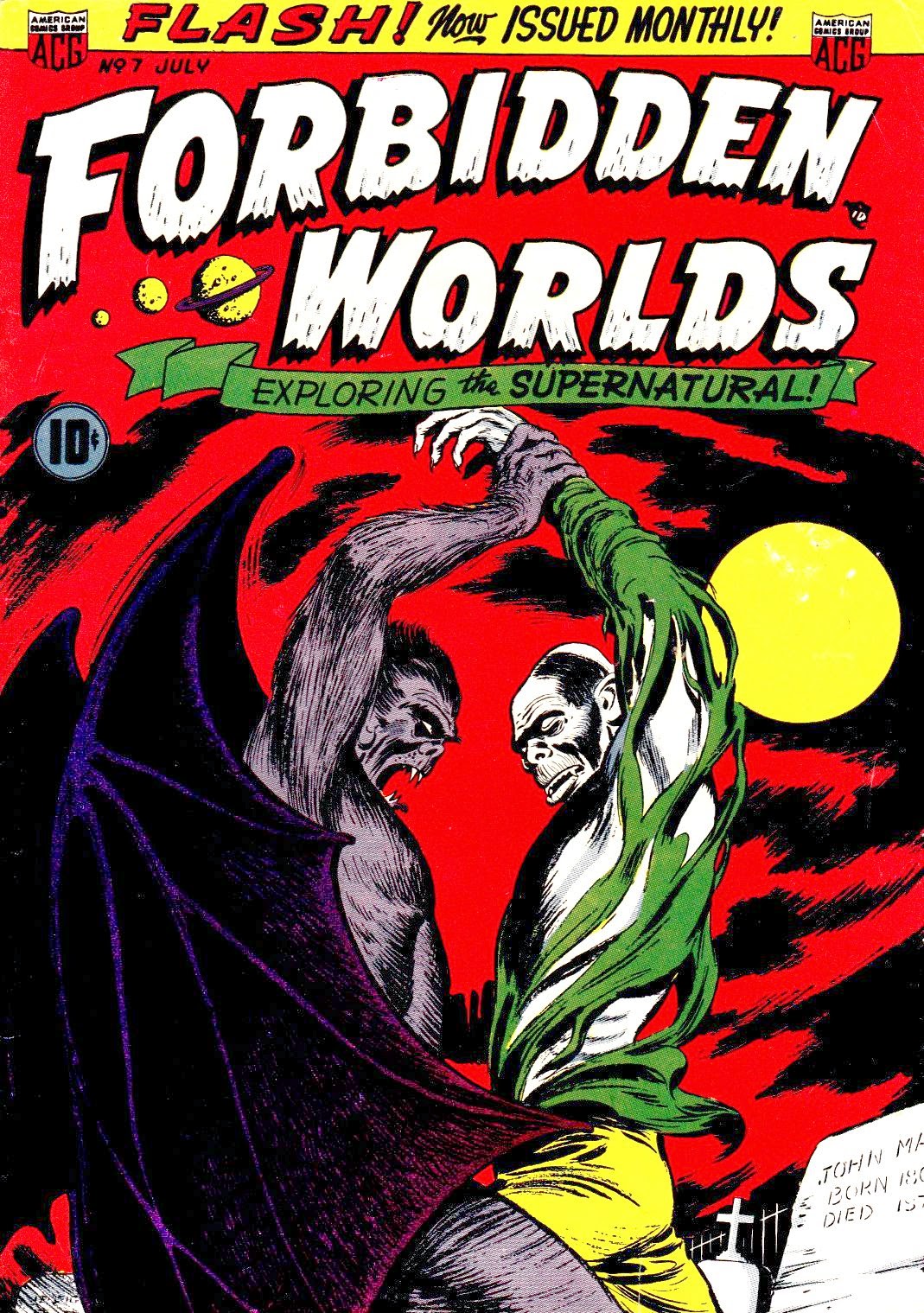 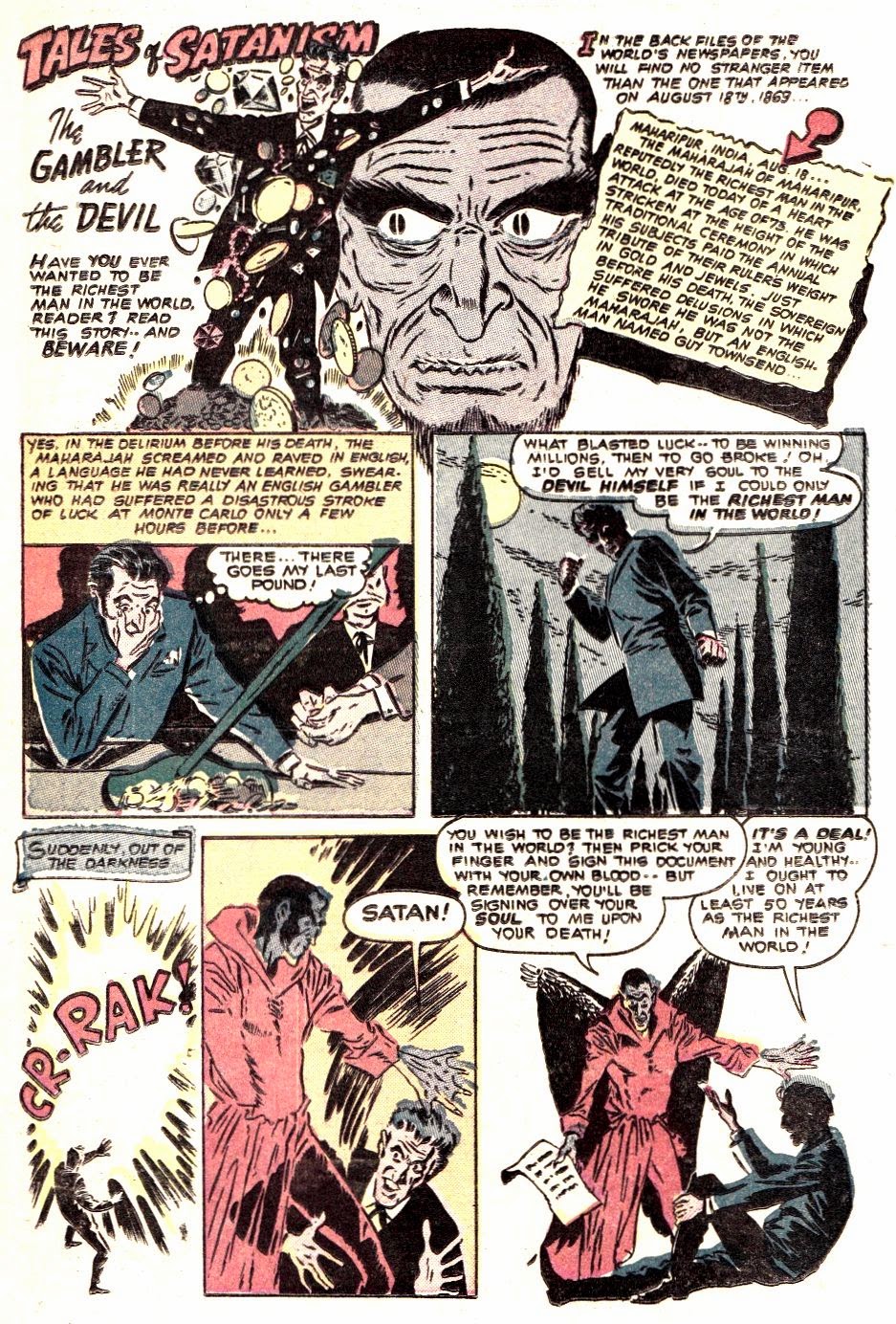 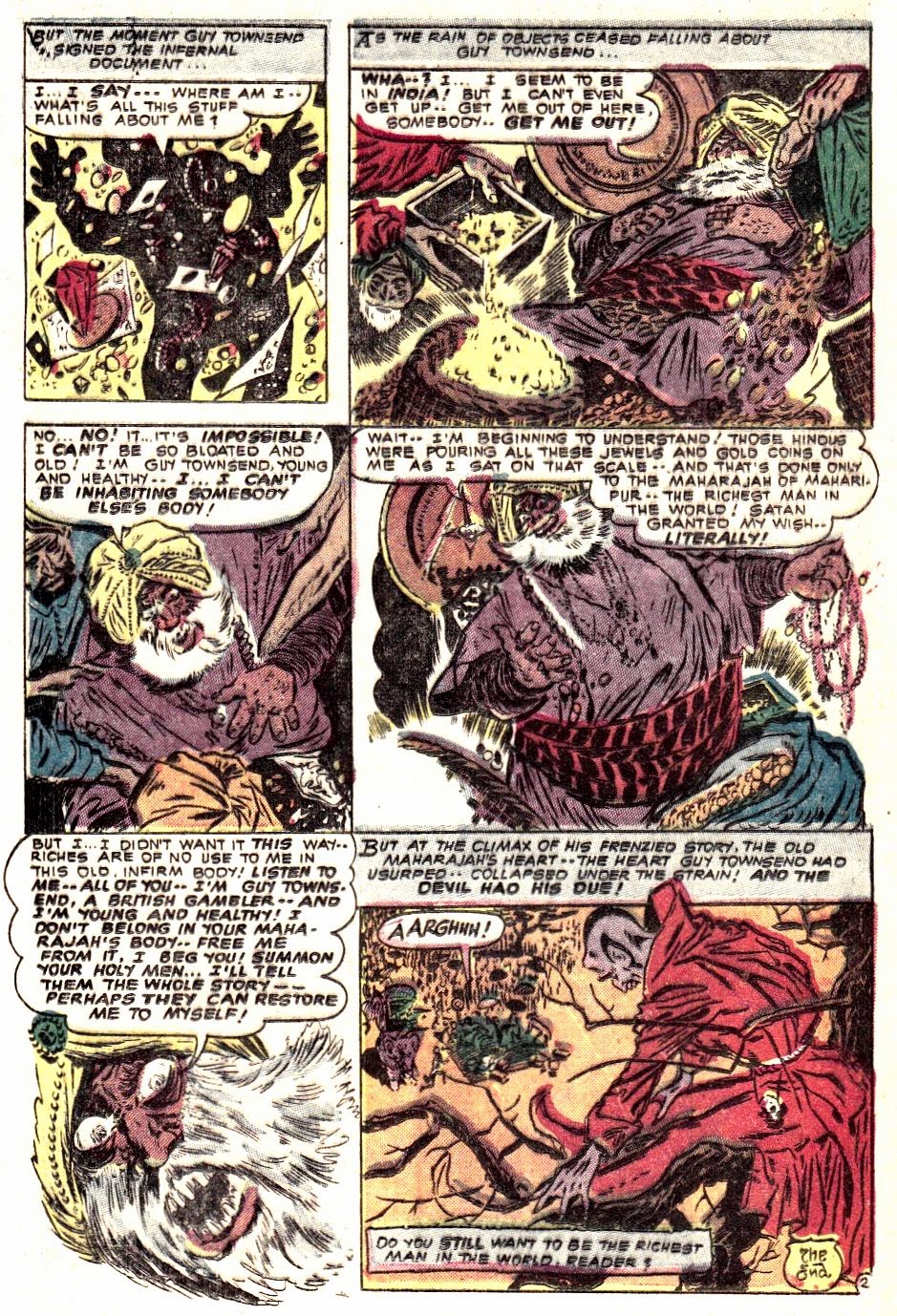 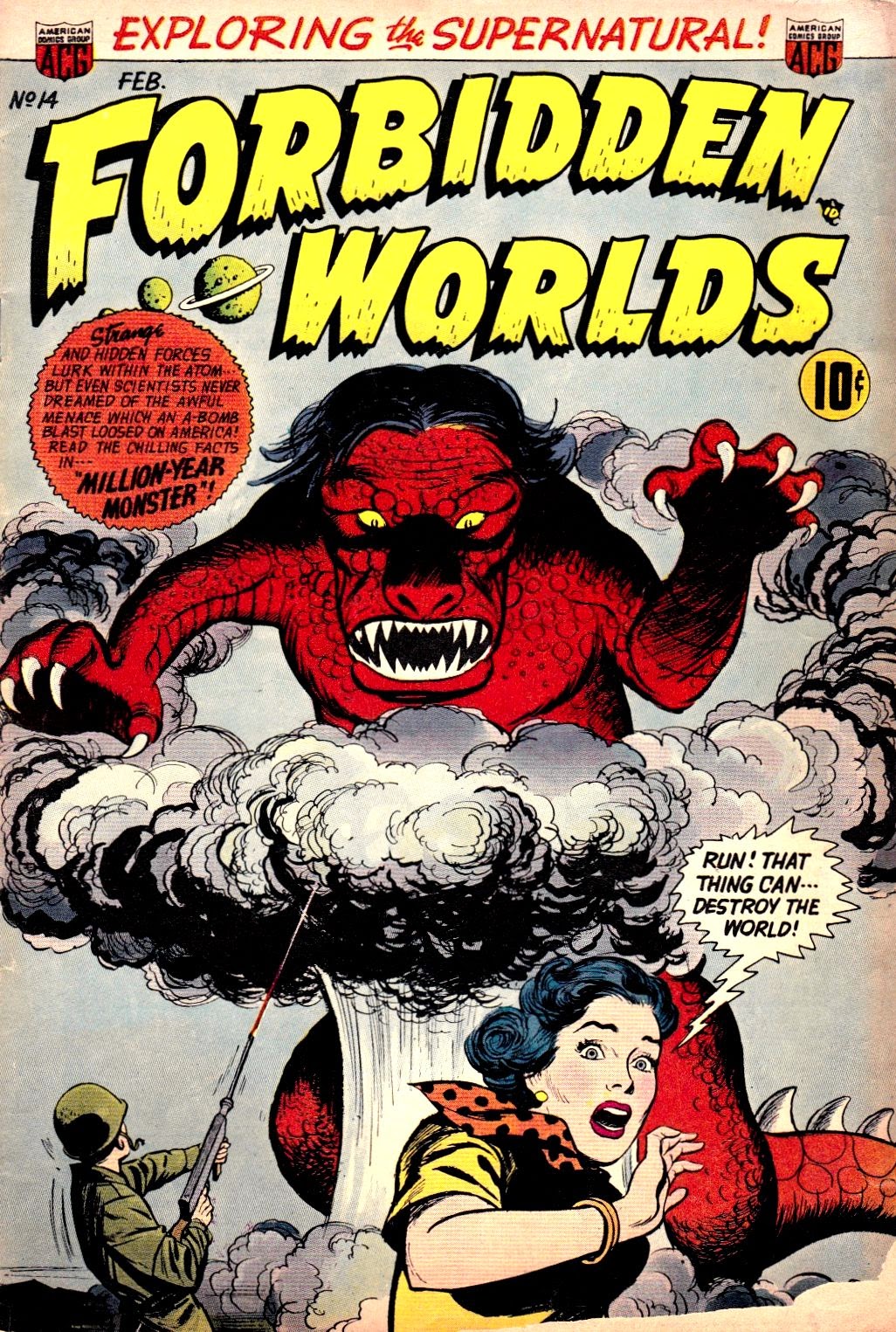 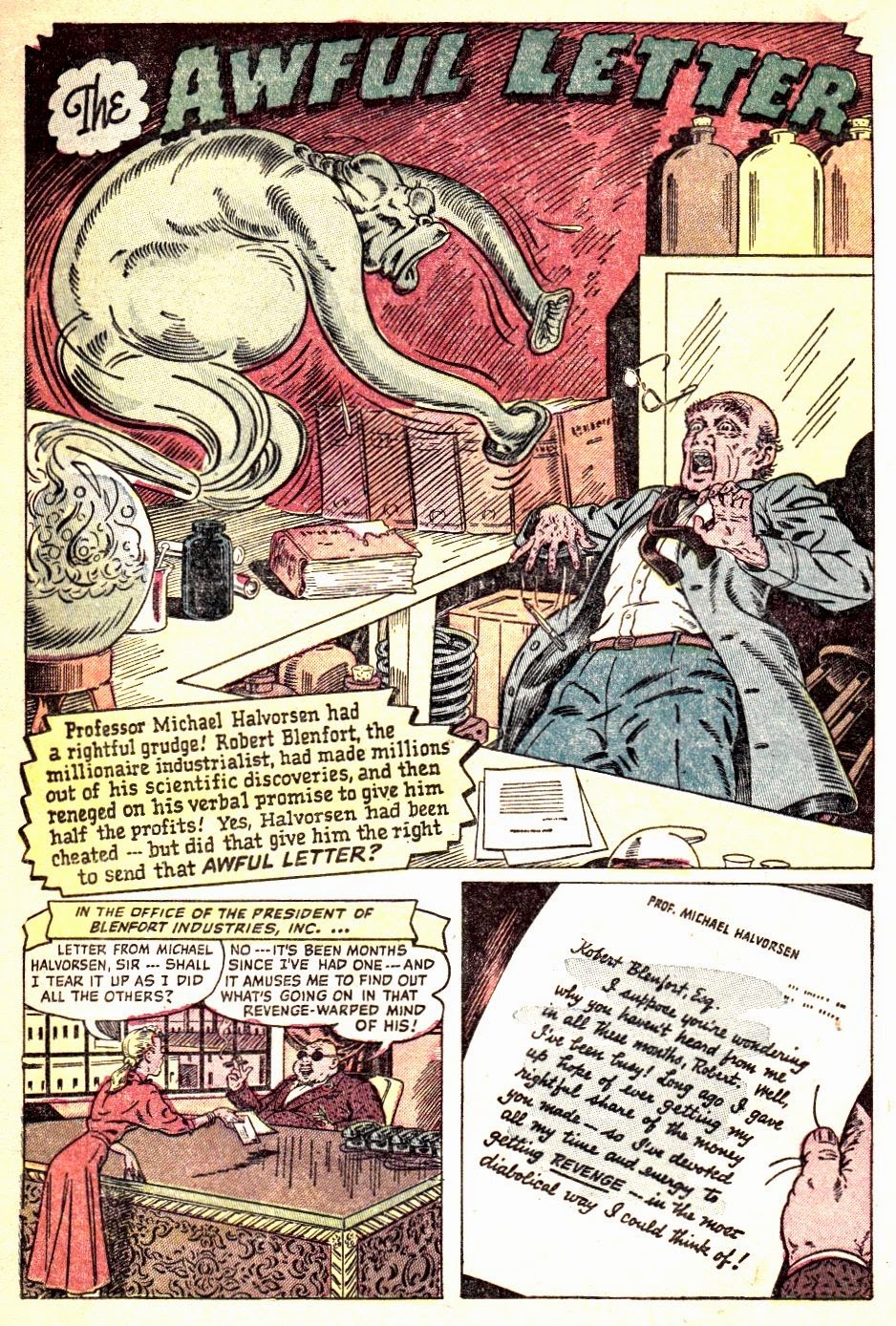 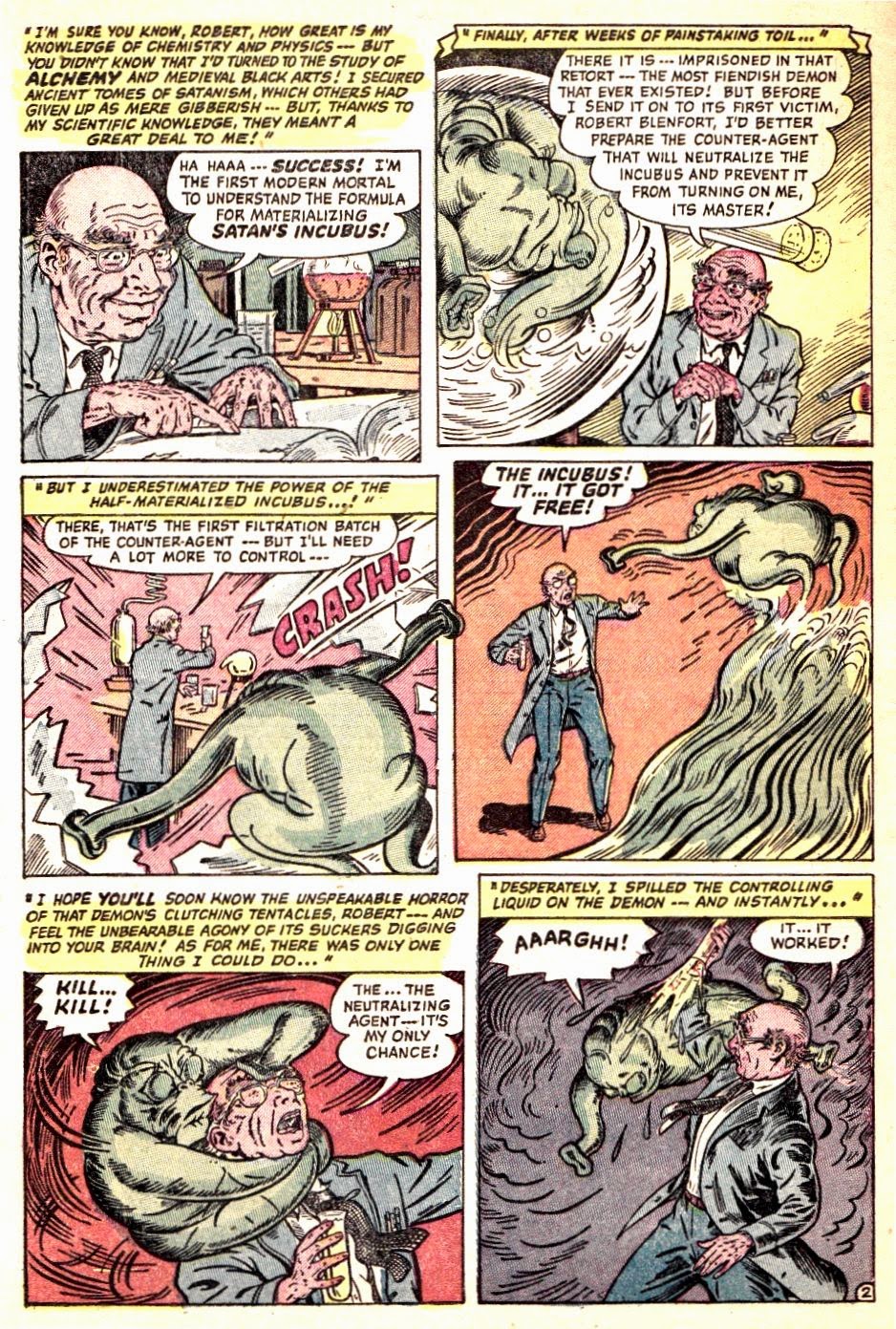 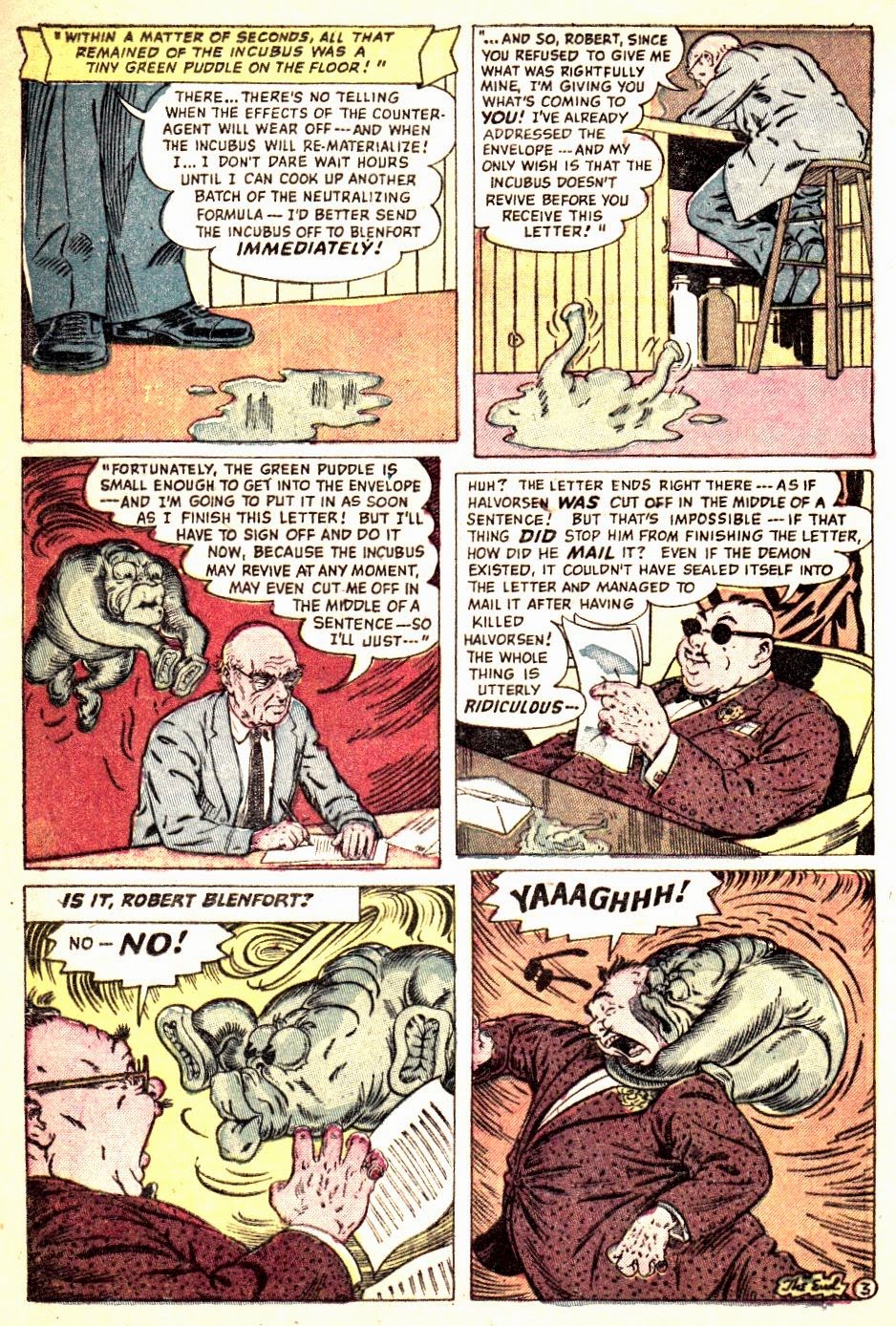 That incubus in "The Awful Letter" is... kinda cute, sorta. I think it's those big smoochy lips.

It's coming for you, Brandi...

I like the art in both of these, but the offset printing doesn't help the first story. Both are fast and breezy reads. Fun stories.

While the art on the first story is good, the art on the second story is spectacular. From the metaphoric fat and greedy business man to the wizened scientist to the almost pokemon-like creature. Even the enormous, ornate desk speaks "rich."

Note to self: Create counter-agent first, have on hand before creating hellish incubus.

The problem with ACG is when they had quality art and stories, it never made it to the cover. That cover with the red monster does not scream "buy me."

I'll be first in line for your project, Karswell, unless it's a cheesecake poster of you, on that one I'll have to pass :)

The first story is totally cute, and I think the only way it could be improved would be if it didn't go and give away the whole story in the first damn panel.

I laughed so hard at the second story that I started coughing. I love it. Screw making the logic work! It just happens, okay? The vacuum nozzle arms struck me much the same way they did Mestiere. I'm happy to see that science discovered the Fleshlight back in the pre-code days. Possible slogan: let's put the "suc" back in "incubus".

It's a shame the fighting monsters on the cover of #7 aren't making a heart silhouette. They came so close.

Both crazy but fun tales.

The first story gave away the ending at the beginning so the suspense isn't really there.


The second story, as Brian Barnes said, make sure there is MORE than enough counter agent to keep the hellion under control. Not having a means of controlling the creation/creature/demon from hell, not having a plan B to fall back on, not having a means of escape in case something goes wrong is the downfall of mad scientists everywhere.

For the second cover with the red beastie, it looks like a dinosaur or Godzilla with Shemp Howard hair (maybe he/it was the lost stooge?)

It also looks more than a little like so many of those Atlas-Marvel covers, the ones so many of us know mainly from those reprint comics like "Where Monsters Dwell."