The Ring of Horror

Time to "ring" in the New Year with our first post of 2019 here at THOIA! And oooo boy, does this story ever contain the most annoying ghost in the history of horror comics! Jeez Louise, dude-- STFU already! Yes, you'll definitely want to re-kill him long before he goes through his ridiculous actor / waiter costume changes mid tale. But to be totally fair, he's pretty annoying before he dies as well. And hey, at least nobody's makin' it out alive in this one, and I don't think that's really much of a spoiler as this is a Pines comic after all. 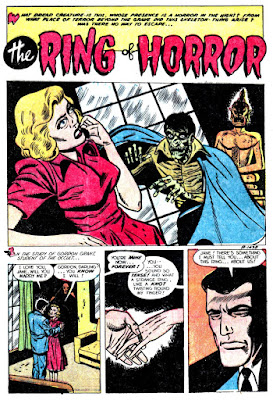 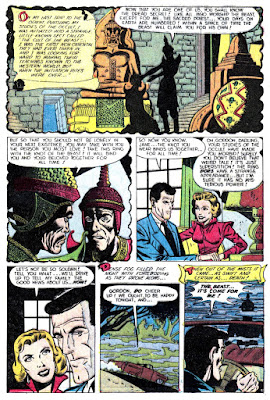 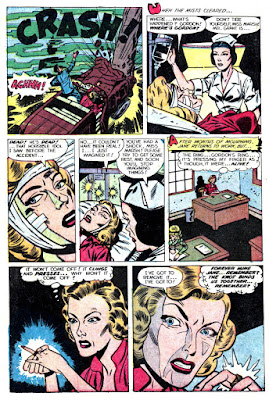 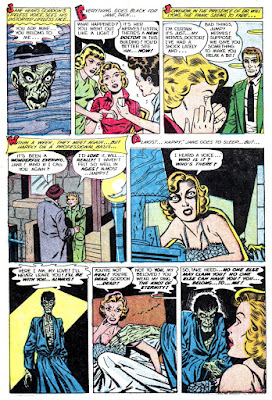 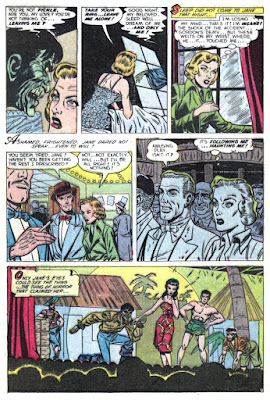 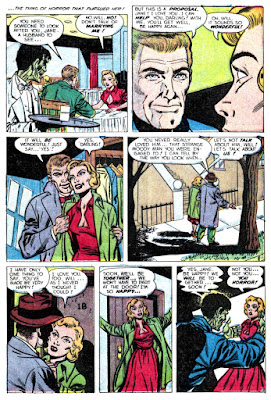 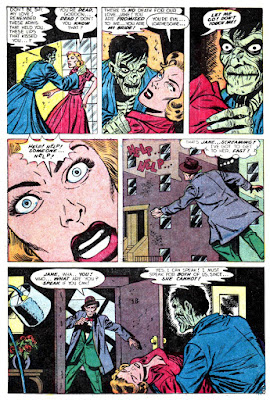 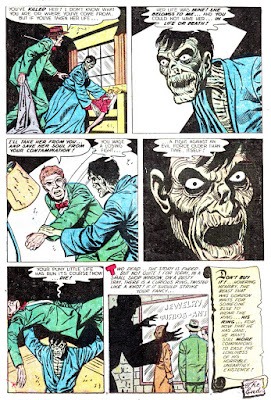 PLUS: A bonus half-pager from the July 1954 issue of The Unseen #15, art by Gene Fawcette. 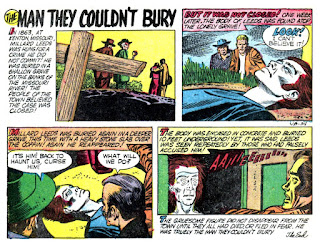 Important life lesson, kids: Find out if your partner is in a death cult before you accept a marriage proposal!

I like this art, even though there's a couple amateurish panels -- page 2, panel 3 is especially wacky. I like the coloring, and the shadowed faces. Some good stuff, and some weird stuff. The corpse is cool, especially the last page, panel 4.

Rather odd ending if you ask me. How'd they manage to get the ring off Jane's finger after she died, when it couldn't come off it during life.
Also, why does Gordon keep showing up to Jane for the most part in nothing more than a bathrobe? Say what you will, but I find that to be pretty hilarious.

Speaking of the artwork, it's a little odd that a "student of the occult" like Gordon would have a "square-jawed hero" look to him.

Excellent! That's one sleazy Doctor Love who won't be preying on any more of his fragile nerve patients. Score one for the #metoo ghost! Can't wait to read Ring of Horror 2: Terrors or Horrorwood, in which the Bathrobe Cadaver exacts hot and cold running comeuppance upon Harvey Weinstein and the rest of that creepy backlot lot.