Countdown to Halloween: Post #4A! In the 80’s and early 90’s there were several excellent attempts by independent comic book publishers to re-capture the spirit of Golden Age pre-code horror. Some were successful; many were not, but what matters most is that at least someone gave it a shot. And with that here's two Modern Age halloween horror story posts, our first for today from Bruce Jones’s terrific Twisted Tales #1, released by Pacific Comics in November 1982. 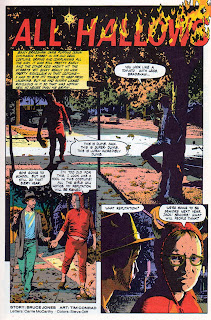 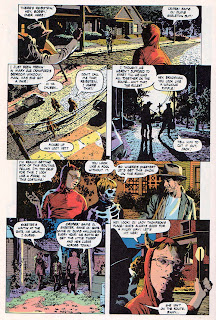 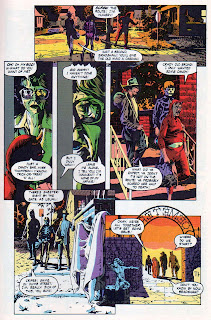 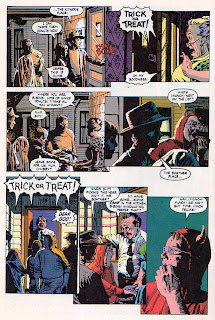 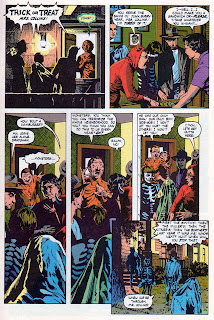 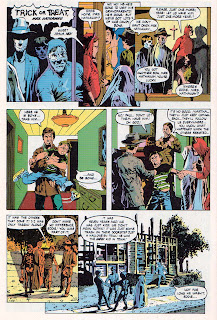 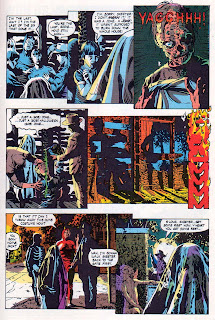 damn what a chilling little tale.....the mood is perfect and really captures the feeling of halloween at that age

Hot damn!that's a good one,really creepy,and yeah the best of the halloween posts so far,could have been a little longer,but that would terminate the firepower(no pun intended)of the last scene.

Glad to hear people are enjoying these modern age horror stories... I threatened to do this before and come Nov I think I may begin posting maybe one a week, or every other week. There's many great entries from the Twisted Tales series alone to keep us all properly snug as a bug within the vibe of the pre code horror realm.

I got this one too-- i still break out the modern-age ones from time to time, I always liked this story.

Great story ..this prompted me to pull out my TT collection and read a few each night in honor of All Hallows.

I remember reading this years ago, excellent story. I wish I still had alot of my comics that I sold.

>wish I still had alot of my comics that I sold.

My favorite modern Halloween story! Excellent work by Jones and Conrad! Karswell, I like this story so much, I'm going to post it in MY blog two years from now...

This one is truly excellent. Stephen King without the overwriting that ruins King.